Would Donald Trump Or Hillary Clinton Add More To The National Debt? 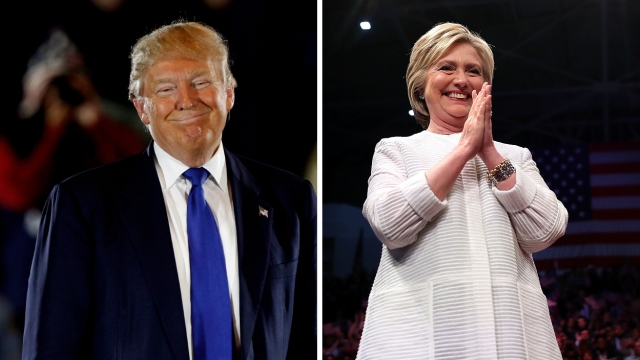 SMS
Would Donald Trump Or Hillary Clinton Add More To The National Debt?

By Cody LaGrow
June 28, 2016
The Committee for a Responsible Federal Budget projects one candidate would increase the national debt far more than the other.
SHOW TRANSCRIPT

The Committee for a Responsible Federal Budget crunched some numbers that pushed Credit.com to say a Donald Trump presidency would "have Miracle-Gro-like affect" on the national debt.

The report suggests Hillary Clinton and Trump would dig us deeper into debt over the next decade. It estimates Clinton would add $250 billion compared to Trump's $11.5 trillion.

The report criticized both candidates for not having a plan to fix the national debt, despite their plans for taxes, immigration, energy and health care.

The report did nod at how their rhetoric may be changing. Both Clinton and Trump have acknowledged the seriousness of long-term debt in recent days.

The committee estimated the current national debt at $14 trillion. Without action, it said the growing debt is unsustainable and that rising debt will cause slower wage growth along with higher costs for mortgages and student loans.

This video includes clips from Miracle-Gro and images from Committee for a Responsible Budget and Getty Images.