Would-Be Burglar Dies After Getting Stuck In A Chimney 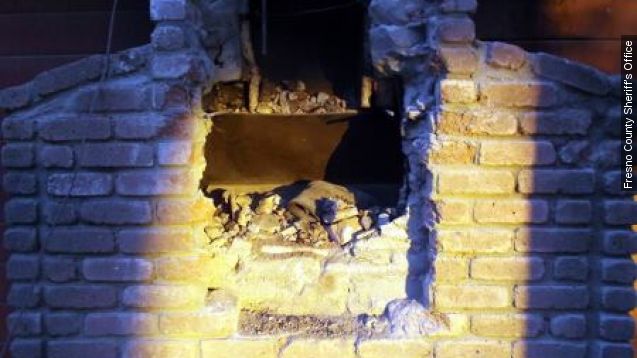 SMS
Would-Be Burglar Dies After Getting Stuck In A Chimney
By Matt Moreno
By Matt Moreno
November 30, 2015
Fresno County Sheriff’s deputies say a 19-year-old tried to sneak into a California home through a chimney but got stuck and couldn't escape.
SHOW TRANSCRIPT

Authorities say a would-be burglar near Fresno, California, died after he was stuck in a chimney.

The Fresno County sheriff said the homeowner lit a fire and heard screaming.

The man called deputies and tried to put out the fire.

"Firefighters broke that chimney apart to rescue him, but he died before the could reach him," KGPE reports.

Officials say Cody Caldwell, 19, got stuck overnight and the homeowner didn't know he was there.