Would A Republican White House SCOTUS Nominee Get Senate Approval? 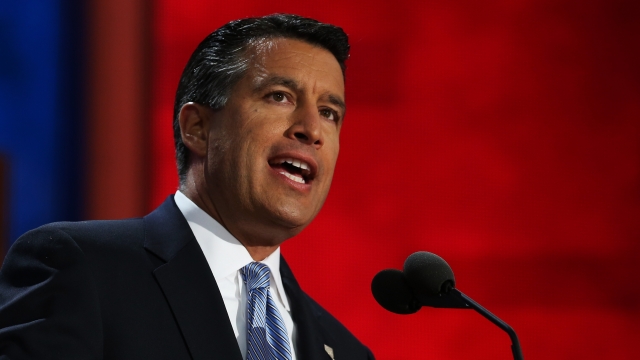 Since the death of Supreme Court Justice Antonin Scalia, political pundits have speculated who could fill the vacancy — or if we'd see someone nominated before or after this election cycle.

"Hello. My name is Brian Sandoval, and I have the honor of serving as governor of the great state of Nevada," Sandoval said.

If true, this makes the search for Scalia's replacement pretty interesting. Republicans on the Senate Judiciary Committee said in a letter to Senate Majority Leader Mitch McConnell they refuse to hold hearings on a nominee until a new president is elected.

But Senate Republicans might walk back that statement if the White House nominates a Republican for the Supreme Court.

Either way, President Obama said he plans to fulfill his constitutional duties by appointing a judge to the bench. He wrote in a post on SCOTUSblog Wednesday, "I hope they'll move quickly to debate and then confirm this nominee so that the Court can continue to serve the American people at full strength."

This video includes video from Republican Governors Association, CNN and The White House and images from Getty Images.