Would A Multiparty Political System Be Better For The US? 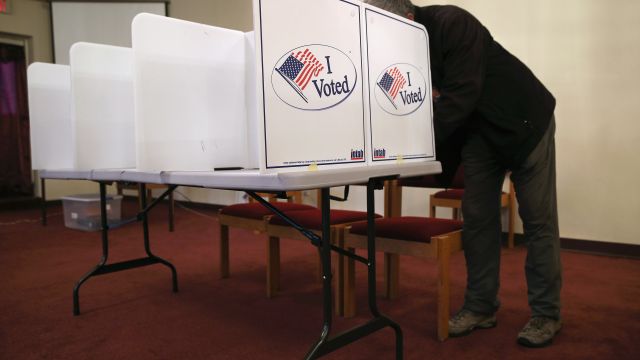 The U.S. is a nation of more than 323 million people, but for decades, only the Democratic and Republican parties have been represented in Congress.

So why does a country so large and diverse have only two main political parties?

Our system is called a democracy, but it's not as democratic as others around the world. That's according to a thorough study from Democracy Ranking that considered more than 40 data points, including civil liberties and internet usage.

The governments in the top 10 all have something the U.S. doesn't — a variety of political parties. The number of parties actively represented in those governments range from four to 12. Compare that to the U.S., where the Republican and Democratic parties are the only two represented in Congress. There are two independents in the Senate — both of whom caucus with the Democrats.

There are more than two political parties in the U.S. — in fact there are dozens. The most well-known, the Libertarian Party and the Green Party, have been around for decades, but neither party has ever had a member elected to Congress.

Multiparty systems allow more political viewpoints in the country's governments. And the stability of other multiparty governments indicates that cooperation and compromise happens. If nothing else, it would give Americans more choices on election day.

This video includes images from Getty Images and clips from the U.S. House of Representatives.