World Tiger Population Grows For The First Time In 100 Years 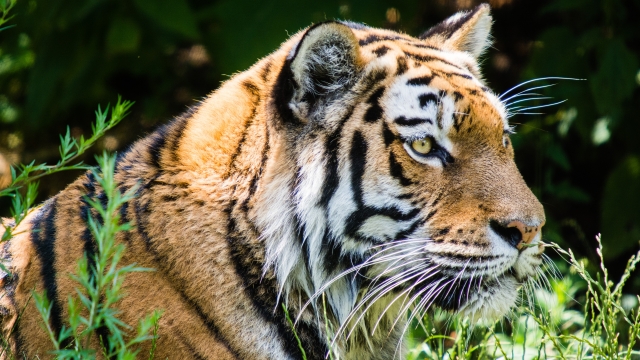 For the first time in 100 years, the number of tigers across the world has gone up.

The World Wildlife Fund and Global Tiger Forum say there are now just under 3,900 tigers globally.

But their numbers may be increasing in part because they've fallen so far. In 1900, there were reportedly 100,000 tigers.

Still, researchers believe the species' chances of survival are improving.

A spokesperson for the World Wildlife Fund said, "This offers us great hope and shows that we can save species and their habitats when governments, local communities and conservationists work together."

Representatives from 13 countries that tigers inhabit are meeting this week. Their goal is to double the world's tiger population by 2022. At the moment, the numbers have stabilized or are increasing in nine of these countries.

Poaching, deforestation and locals fearing for their safety have all played a part in the tigers' decline.

Conservationists say the problem is even more difficult to overcome because tigers give birth to just two or three cubs every other year, and only about half of all cubs live past the age of 2.