Businesses Around The World Are Still Profiting From Slave Labor 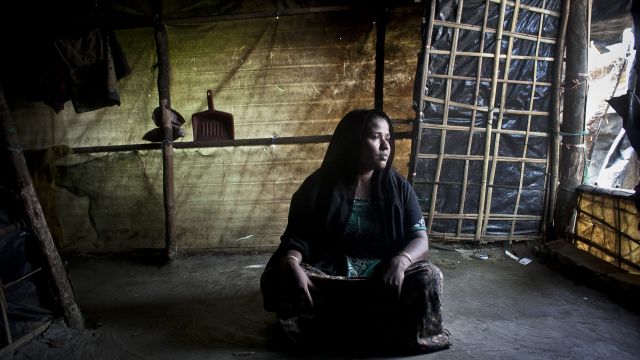 SMS
Businesses Around The World Are Still Profiting From Slave Labor
By Melissa Prax
By Melissa Prax
August 14, 2016
More than 100 countries were considered at "high" or "extreme" risk for having enslaved workers within their borders.
SHOW TRANSCRIPT

Slavery is still a big problem in the world's supply chains.

And you could be buying unethical products without even knowing.

Companies don't always know that their business practices include enslaved workers — but a new index is warning businesses to be more aware.

That's because 115 countries are at an "extreme" or a "high" risk of having enslaved workers within their borders.

Among those in the "extreme" category are India and China, which the U.S. gets a lot of products from.

The risk levels are determined by countries' laws, what police and officials are doing to enforce them and what abuses are being reported.

It's difficult to track business practices when companies are subbing work out to multiple distributors and often in countries with different standards. And most governments don't require businesses to monitor themselves that closely.

Some of the industries where slavery is highly prevalent are clothing, agriculture and mining.

In February, a U.S. law banned imports that used the help of enslaved workers.

But because detection is difficult, it's likely some U.S. companies are still using slave labor at some point in their production.

The index found that the U.S. has a "medium" risk of enslaved workers within the country.