No Matter What, A Huge World Series Drought Is Ending 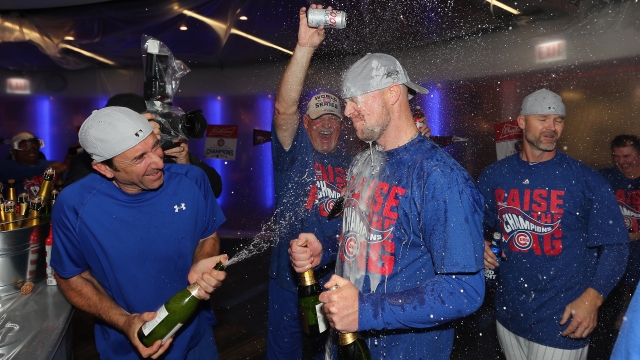 A wildly long World Series title drought is finally ending. The only question is, which one?

"When you go this long and have so much frustration, so much disappointment, it's such a great experience to actually get to this point," a Cubs fan told WLS-TV in Chicago.

SEE MORE: Why MLB TV Ratings Aren't As Bad As You Think

Chicago hasn't won it all since 1908. Back then, the Ottoman Empire still existed, Mark Twain was still alive, and the song "Take Me Out to the Ballgame" had only been in existence for a few months.

The Cubs haven't even made the World Series since 1945 — or rather, they hadn't.

"This moment kind of takes your breath away, just seeing all these deserving fans experience something no one's seen since the end of World War II," Cubs general manager Theo Epstein told WMAQ.

The Cubs' drought is by far the longest in baseball, but their World Series opponents, the Cleveland Indians, are more than due for a title of their own.

The Indians last won the World Series in 1948. Back then, a first-class stamp cost 3 cents, cable TV became a thing, and the "Rudolph the Red-Nosed Reindeer" song wouldn't be released for another year.

So baseball fans should be ready for history when they tune in to the World Series, but keep in mind, one of these teams is going to have to keep waiting.