The World's Oldest Panda In Captivity Has Died 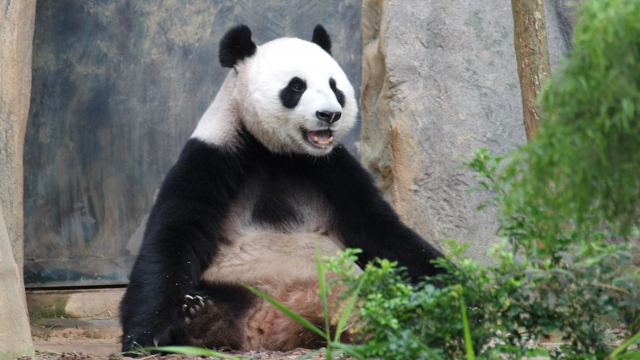 The world's oldest panda living in captivity has died.

Jia Jia was born in the wild but rescued as a young cub and taken to a giant panda breeding center in China.

She was given to the Ocean Park zoo in Hong Kong as a gift 17 years ago. She became an animal ambassador and was visited by more than 29 million people.

Veterinarians at Ocean Park noticed Jia Jia's failing health about two weeks ago. The team says her condition got worse Sunday morning, and they decided to euthanize her to prevent further suffering.

Pandas typically live to be about 20 years old, but Jia Jia was 38 years old.

Earlier in 2016, giant pandas were downgraded from endangered to vulnerable, according to the World Wildlife Fund. The WWF estimates there are now more than 1,800 pandas living in the wild.

The species' recovery is due in part to multiple giant panda breeding centers and reserves in China, an effort that began in the 1940s. Pandas International estimates there are about 420 pandas living in captivity around the world.

Ocean Park will create a memorial corner for Jia Jia that will open to the public Oct. 22. The park has three other giant pandas, Ying Ying and Le Le, who are both 11 years old, and An An, who is 30 years old.