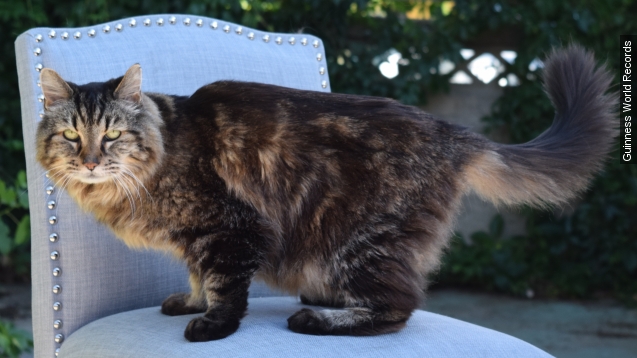 This is Corduroy. He's more than just a cute cat face. He's a record holder.

Guinness World Records has dubbed the 26-year-old feline the oldest living cat in the world.

Oh, come on now. He doesn't look a day over 20. Too bad cats can't talk, or we'd ask him the secret to his longevity.

Although we've already asked a 100-year-old woman that secret:

So maybe Corduroy just keeps on keepin' on.

Corduroy was born August 1, 1989, and if we're being honest, that's older than half the staff at Newsy. Corduroy's owner has had him since she was 7 years old.

The average life expectancy of an indoor cat is 13-17 years old.

Amazingly, Corduroy is still 12 years away from taking the record of the world's oldest cat ever. Guinness says Creme Puff, who died in 2005, was 38 years old.

This video includes images from Guinness World Records and music from Kevin MacLeod / CC BY 3.0.