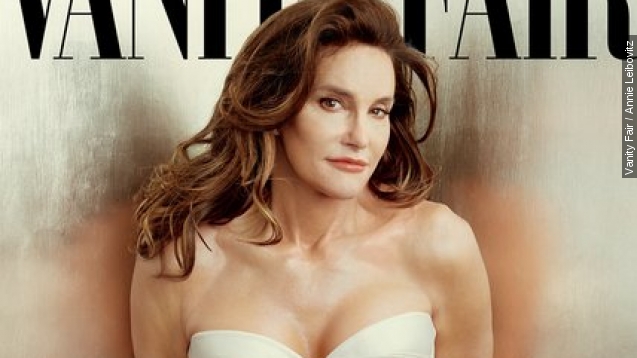 Monday we finally got to see Bruce Jenner as Jenner sees herself. Meet Caitlyn.

"Bruce always had to tell a lie. ... Caitlyn doesn't have any secrets. As soon as the Vanity Fair cover comes out, I'm free," Jenner said in a video published on the magazine's website.

Jenner is featured on the cover of Vanity Fair's July issue. She was photographed by famed photographer Annie Leibovitz.

Following the cover release, ESPN announced that she will receive the Arthur Ashe Award for Courage at the July 15th ESPY Awards. This will be Caitlyn's "first major public appearance" and her 10 children and stepchildren will be on stage to support her.

The consensus seems to be that Jenner looks great. Us Magazine called her "beautiful," and USA Today said "she looks like an attractive, middle-aged woman."

Kim Kardashian said: "It was the first time I saw Bruce as 'her.' Really, really pretty."

Jenner is reportedly preparing for facial feminization surgery as the next step in her transition process.

And for the record, she spells Caitlyn with a "C." The full interview and more photos of Jenner will be available when the Vanity Fair issue hits stands next month.