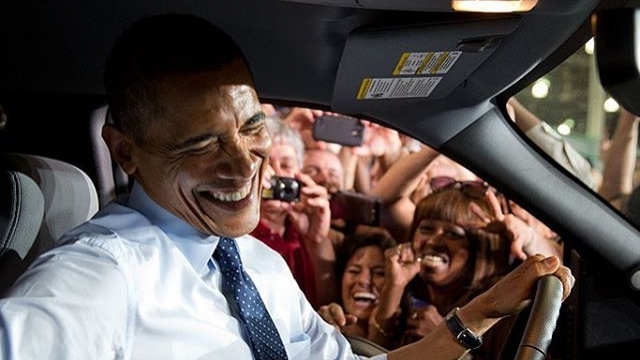 By Melissa Prax
February 17, 2016
Which world leaders use Instagram the most, and who has the most followers? This study has the answers.
SHOW TRANSCRIPT

A new study showed about 70 percent of governments around the globe have an Instagram account. Although many of those accounts aren't very active.

Those accounts have drawn in 23 million followers and over 160 million likes, according to a February study.

President Barack Obama has the most followers with more than 6 million. Russia's Prime Minister Dmitry Medvedev comes in with at least 2 million and then India's PM Narendra Modi with 1.7 million.

As for most double taps and comments, Obama comes in first again, followed by Modi.

Who shares the most? The country is small, but the Information Department of the government of Brunei still posts at least four images daily.

This video includes clips from Aspyn Ovard / CC BY 3.0, The White House and NDTV and images from Instagram.