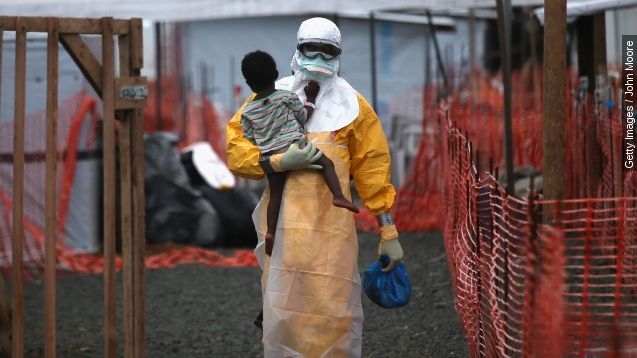 After battling Ebola for two years, the World Health Organization has declared Guinea free of the virus.

Two 21-day incubation cycles have passed since the last person infected with the disease in the country was declared Ebola-free. (Video via World Health Organization)

It's believed the Ebola outbreak that wreaked havoc on West Africa began in Guinea. More than 2,500 people died in the country since the epidemic began in 2013. In all, more than 11,000 people died during the course of the outbreak, the vast majority of whom were in Guinea, Sierra Leone and Liberia. (Video via World Health Organization)

Sierra Leone was declared Ebola-free in November. And officials announced an end to the outbreak in Liberia two different times, but new cases have continued to crop up.

It's not clear where the new infections came from. Experts have found the disease can remain in a survivor's body long after symptoms have disappeared, but that doesn't appear to be the cause of every new infection.

So now, Guinea has moved into a 90-day heightened-surveillance period while health officials watch closely for new cases.

More than 28,000 people were infected with the disease throughout the course of the oubreak.