World Billionaire Rankings Remind Us How Filthy Rich These People Are 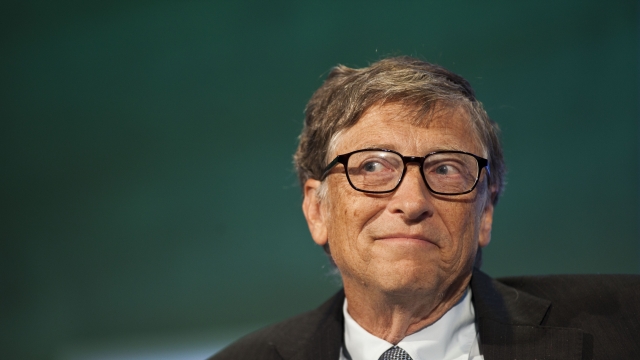 SMS
World Billionaire Rankings Remind Us How Filthy Rich These People Are
By Ryan Biek
By Ryan Biek
March 1, 2016
Forbes' list of the world's richest people had quite a few changes this year — even for those atop the rankings.
SHOW TRANSCRIPT

Bill Gates and Warren Buffett are among the few consistent names on Forbes' latest list of world billionaires.

Gates, with a net worth of $75 billion, is still the richest person in the world, and Buffett sits at his usual third place.

But in a surprise leapfrog of Buffett, retail giant and Zara founder Amancio Ortega jumped from fourth to second.

Meanwhile, Carlos Slim —Mexican business icon and former No. 2 — dropped to fourth after losing over $27 billion in 2015.

More than 220 people lost their billionaire designation, while 198 newcomers gained it. Overall, the combined net worth of the world's billionaires is down $570 billion this year.

Facebook CEO Mark Zuckerberg should get the title of "most improved" billionaire, though, jumping from No. 16 all the way to No. 6.

This video includes clips from Zara, Carlos Slim and NBC and images from Getty Images.