Word-Of-Mouth Marketing Is The Future Of Film Promotion 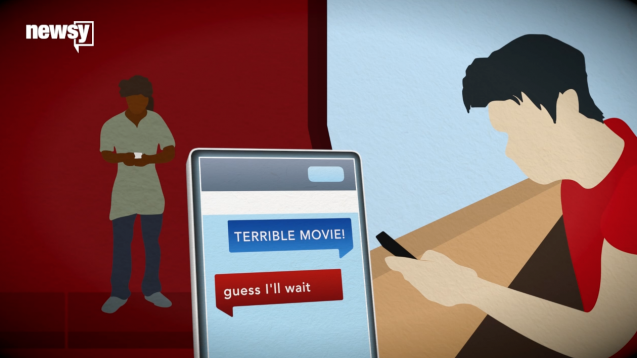 SMS
Word-Of-Mouth Marketing Is The Future Of Film Promotion
By Lexie Hammesfahr
By Lexie Hammesfahr
September 24, 2015
Studios are starting to rely more on word-of-mouth marketing for films that aren't easy to promote but are likely Oscar contenders.
SHOW TRANSCRIPT

Going to a movie theater to watch a movie with a bunch of other people can seem so antiquated, right? And so expensive.

We don't have the money to see every film that's released, and it's so much easier to wait until it comes out on on-demand. But if there's a lot of hype, it's much easier to justify spending $18 on a ticket.

That's why, in the age of social media, positive word-of-mouth can be key to a film's success. And it's also why studios are starting to heavily lean on the marketing concept as a promotion tool.

Take, for example, the colossal failure of "Fantastic Four." The director slamming his own movie on Twitter didn't help things and neither did the negative reviews or bad buzz.

If you got a text from a friend saying, "Dude, this was a terrible movie," you're going to probably think to yourself, "Eh, better wait until it comes out on iTunes."

Point being, initial reviews from consumers can either help a film explode with popularity or make it crash and burn.

"Mission — Impossible: Ghost Protocol" had huge success in 2011 when it opened in Imax theaters as a limited run before opening wide during the Christmas rush. Those early screenings earned the film $12.7 million, and it generated $29 million during the opening weekend thanks to the positive word-of mouth it received.

And though this approach can be useful for blockbuster movies like "Mission Impossible," it's especially helpful for smaller films like "Everest" and "The Walk."

"Everest"'s debut earned $7.2 million across 545 Imax and premium-format theaters — a strong opening for a limited release.

"The Walk" will take the same approach as "Everest" when it opens Sept. 30 ahead of the wide release.

The key to a successful limited release is quality, not just hype. In the case of both of these movies, we're talking about Oscar buzzworthy films.

One studio exec told The Wrap, "It's perfect for a movie that has real 'playability' but doesn't have comparable 'marketability' going for it."

So for "Everest" and "The Walk," which have beautiful cinematography but aren't highly marketable films, this word-of-mouth tactic might be the perfect way to promote the movies.

This video includes an image from Getty Images and Sarah Ackerman / CC BY 2.0.