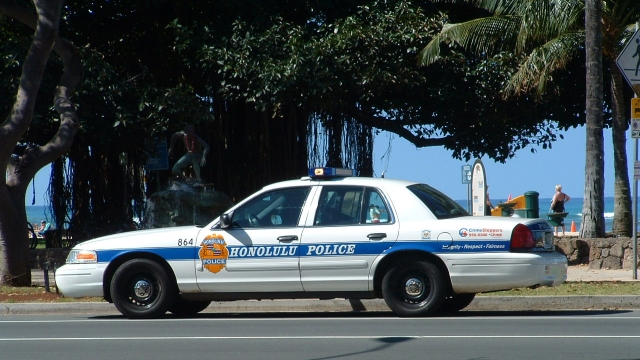 SMS
Women Whose Public Kiss Led To Legal Trouble Agree To $80K Settlement
By Samantha Crook
By Samantha Crook
May 21, 2016
The women say they were grocery shopping during a vacation when a police officer assaulted and arrested them.
SHOW TRANSCRIPT

The two women who accused a Honolulu police officer of assaulting and arresting them after he witnessed them kissing in public agreed to an $80,000 settlement with the city.

Courtney Wilson and Taylor Guerrero say they were grocery shopping while on vacation last year when the officer saw them. The women, who are no longer together, say the officer discriminated against them for being a same-sex couple. They sued the officer and the city of Honolulu.

The women were charged with assaulting an officer, but the charges were later dismissed.

Hawaii News Now reported the officer said their actions were inappropriate and denied striking or choking either woman. The city council still needs to approve the settlement.

As part of the settlement, neither the city nor the officer admitted to wrongdoing. The officer involved in the incident retired at the end of last year.

This video includes an image from LOLO FROM TAHITI / CC BY 2.0 and clips from Hawaii News Now.