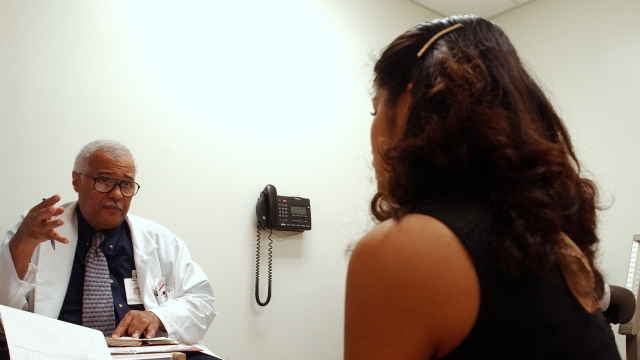 SMS
Women Who Get Migraines May Be More Likely To Develop Heart Disease
By Ben Lawson
By Ben Lawson
June 1, 2016
About 18 percent of American women suffer from migraines.
SHOW TRANSCRIPT

Women who get migraines may be more likely to develop heart problems, according to new research.

A study published in The BMJ found that women who suffer from migraines have a greater risk of having a heart attack, getting a type of chest pain called angina and of dying from a heart-related problem.

A neurologist who wrote an editorial along with the study explained migraines only add a relatively small risk for heart disease.

But understanding the association is more important when looking at a population more broadly since 18 percent of American women suffer from migraines.

Scientists still aren't sure why a link between migraines and cardiovascular disease exists or if treating migraines will prevent heart problems down the line.

A neurologist advised that just because a woman suffers from migraines, doesn't mean doctors should automatically treat her for potential heart problems.