Women Pose Nude To Send A Message To The Republican Convention 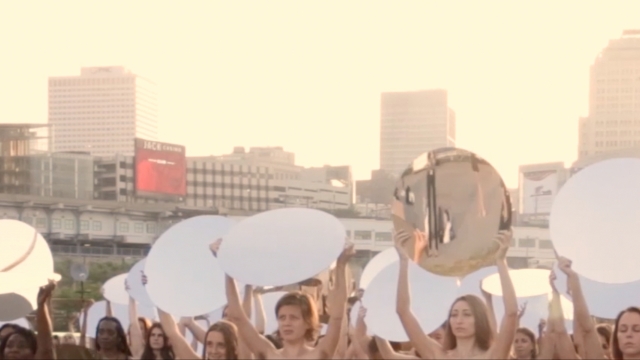 A hundred women posed nude to send a message to the Republican National Convention: to change Republican rhetoric on women and their bodies.

"Women's rights are very important to me," artist Spencer Tunick told Newsy. "Equal pay and equal representation in the House and the Senate. ... Women will change the world."

Tunick put together the project and photographed the women along with his wife and collaborator, Kristin Bowler.

"This was a way for these women to come together and speak out with their bodies," Bowler said.

"The idea was to hold mirrors, shining the knowledge and wisdom of women onto the convention center," Tunick said.

Authorities decided not to interfere and won't take action against Tunick.