Women In Poland Fought Back Against Harsher Abortion Laws And Won 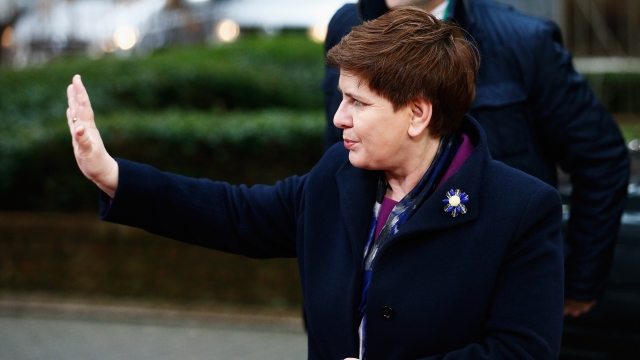 SMS
Women In Poland Fought Back Against Harsher Abortion Laws And Won
By Matt Picht
By Matt Picht
October 5, 2016
Thousands of women protested a bill that would ban nearly all abortions in the country.
SHOW TRANSCRIPT

After multiple days of protests, Poland's women have convinced the government to back away from a harsh abortion ban.

The proposed legislation called for outlawing all abortions where the woman's life is not at risk. It could also punish anyone involved in an illegal abortion, including the doctors and the woman, with up to five years in prison.

Poland currently has some of the strictest abortion laws in the European Union, banning abortion except in the case of rape, incest, or if the woman or fetus aren't likely to survive the pregnancy.

Poland's prime minister — who's firmly anti-abortion — distanced her party from the proposal. Other government officials say the lawmakers behind the bill are prepared to drop it.

The legislation had also prompted the European Parliament to set up a debate about the state of women's rights in Poland.