Women At E3 Better Represented On Stage, In Games 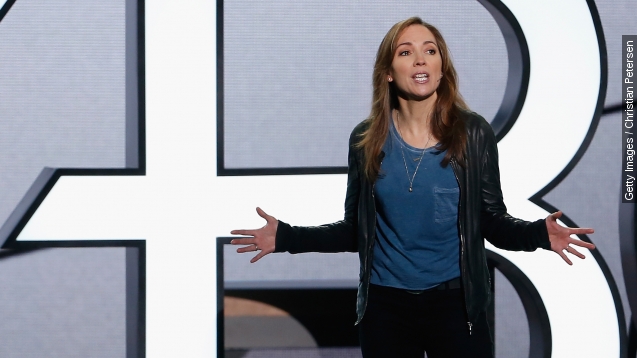 SMS
Women At E3 Better Represented On Stage, In Games
By Ben Lawson
By Ben Lawson
June 19, 2015
It's no secret that gaming can be a bit of a boys club, but things were looking a little better for women at this year's E3.
SHOW TRANSCRIPT

It's no secret that gaming can be a bit of a boys club, but things were looking a little better for women at this year's E3.

From the characters in the games themselves to the people presenting on the stages, women are getting a better representation in video games.

"I'm Sigurlina Ingvarsdottir and I have the awesome job of leading a talented, passionate team at DICE on 'Star Wars: Battlefront,'" Ingvarsdottir said at EA's press conference.

There were women presenting some of the biggest titles in video games, including Sarah Janssen showing off "Mirror's Edge: Catalyst" and 343 Industries' Bonnie Ross taking the lead on Microsoft's biggest title, "Halo 5: Guardians."

There were still a lot more men on stage than women this year, but the increased visibility of female developers is an interesting shift, especially considering the tech industry as a whole is notoriously male-dominated. In 2014 only 26 percent of computing careers were held by women.

And this comes after the "gamergate" campaign, which brought a lot of negative attention to the gaming industry. Many accused that campaign of targeting people, like Anita Sarkeesian, who spoke out against the portayal of women in games and a lack of diversity in the industry.

It seems the industry might have taken note of the negative reception to that campaign and, as a result, delivered an E3 with quite a few female characters who do more than just look good while getting rescued.

Lara Croft in "Rise of The Tomb Raider" took center stage for Microsoft this year and is all but guaranteed to be a best-seller when it drops in December.

EA has "Mirror's Edge: Catalyst," a free-running adrenaline rush with a female protagonist that apparently doesn't need guns to kick some butt.

And the list goes on. We still get more than our fair share of testosterone-fueled super soldiers and their like, but the amount of hype this batch of games is getting could be a good sign of things to come.