Women Are Taking Over The World 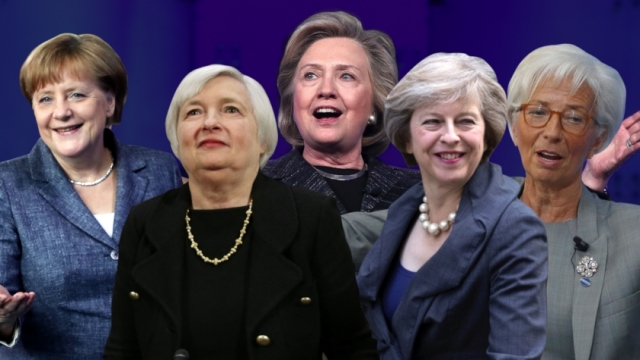 Who runs the world?

As BBC anchor Katty Kay pointed out on Twitter, a Hillary Clinton victory in November would shift the balance of world power to the ladies.

She points to Theresa May, Angela Merkel, Janet Yellen and Christine Lagarde.

By January 2017, three of the world's six largest economies could be run by women. That would be a first.

But even in fiction, women reign — like Cersei Lannister in "Game of Thrones." And more are waiting in the wings — like Daenerys Targaryen.

And don't forget the undisputed queen of entertainment — or maybe everything else — Beyoncé.

This video includes images from Getty Images and Petr Dlouhý.