Woman Surprises Town With Millions In Will 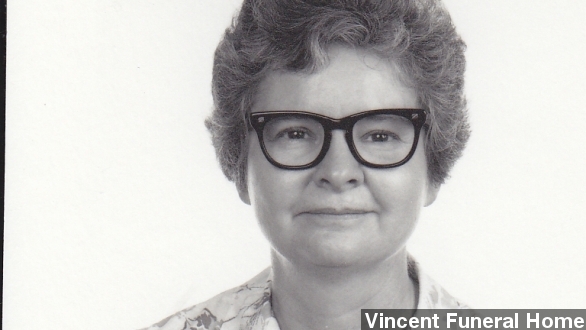 SMS
Woman Surprises Town With Millions In Will

By Christine Slusser
December 5, 2013
Kathleen Magowan died with an incredible collection of bonds, stocks and rare collectibles. She left more than $6 million to schools and charities.
SHOW TRANSCRIPT

In small towns, everybody knows everybody. Well, Simsbury, Conn., a town of 23,000 people, is abuzz after news broke that Kathleen Magowan had a rather large secret. NBC reports it was a multimillion-dollar one, at that.

"Magowan lived simply, with her twin brother, Bob, in the house their parents left them. ... Turns out Magowan was a millionaire several times over."

The retired first-grade teacher passed away in 2011 when she was 87 years old and left her money to institutions she loved. She taught for 35 years at a local elementary school before retirement. But here's the thing: WTOL says Magowan didn't even know she had a secret stash of cash.

"Magowan herself didn't even know she had that kind of money. Most of it came from stocks her family had owned in General Motors and General Electric."

Magowan's family had held onto those blue chip stocks for more than 50 years. She also had life insurance policies. The most interesting find of Magowan's was a Quaker Oats box stuffed with war bonds, mostly for just $20 and $50. However, interest had been accumulating since the 1940s, and in the end that little Quaker Oats box was worth $183,000.

The Hartford Courant reports Magowan also had National Geographic magazines dating back to 1929. The elderly woman also had $6,000 worth of jewels in a safety deposit box.

Magowan, who never married, left $374,000 to St. Mary's Catholic Church. The new priest there had never even heard her name until he received word of the large donation.

"When I heard that amount, I was literally astounded."

​Magowan thought she only had $40,000 before she died. But after adding up stocks, bonds, life insurance policies and war bonds, she actually had closer to $6 million.