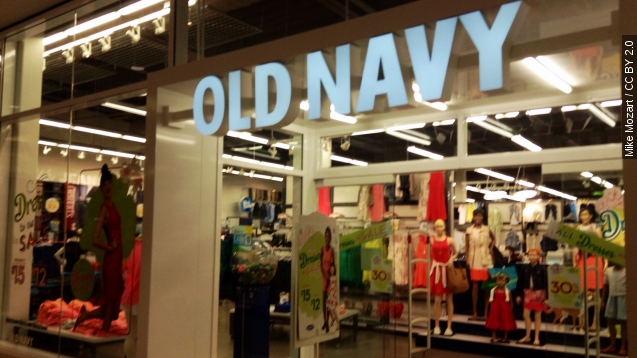 SMS
Woman Spreads Positive Message After Incident At Old Navy
By Katherine Biek
By Katherine Biek
July 8, 2015
After a Louisiana woman witnessed shoppers joking about a plus-size shirt at Old Navy, she posted a message on Facebook that went viral.
SHOW TRANSCRIPT

A Louisiana woman's Facebook post is going viral because of its positive message about people of all sizes.

"A girl picked up a tank top off a rack and held it up against her and said, 'Look, Mom! Me and so-and-so could both fit in this tank top!' ... And I started crying," Rachel Taylor told ABC.

Rachel Taylor later ended up trying on that exact tank top at the Old Navy store and loved it so much, she purchased it. In a Facebook post she wrote: "Old Navy, thank you for having adorable clothes for all shapes and sizes. ... Be kind. Think about others before you speak. And if someone hurts you, you have to move on."

The post spread quickly. As of Wednesday morning, it had been shared over 13,000 times.

Taylor told NBC: "Shopping for cute plus-size clothes that fit me is a stressful process to begin with. It's hard and takes a toll on my self-esteem, so overhearing that conversation really hurt my feelings."

This post ended up turning into positive press that Old Navy desperately needed for its plus-size clothing line.

In November, the retailer was in the hot seat after a Change.org petition revealed it was "charging $12-$15 more for plus-sized [women's] jeans." But it wasn't doing the same for plus-size men.

Old Navy released a statement saying the reason behind that price difference was women's pants include more details that make them more expensive to produce.

As for Taylor, Old Navy responded to her Facebook post, saying, "Rachel, you are amazing." Sounds like the company is going to send her a gift card, too.