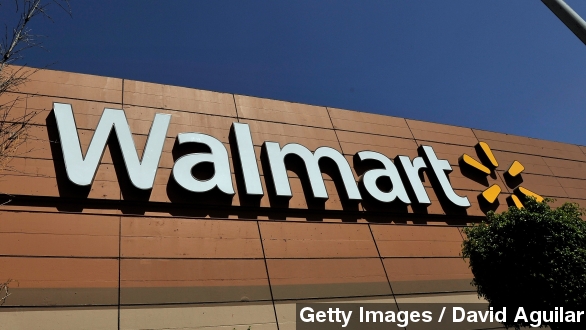 SMS
Woman Shot By 2-Year-Old Son Who Found Gun In Her Purse
By Steven Sparkman
By Steven Sparkman
December 30, 2014
Police say a 29-year-old woman, who had a concealed weapons permit, was killed Tuesday when her son found her gun in her purse.
SHOW TRANSCRIPT

Idaho police have identified the mother who was shot and killed inside an area Walmart Tuesday after her two-year-old son found a gun inside her purse and set it off.

Authorities say 29-year-old Veronica Rutledge was fatally shot by her toddler while shopping in the store's electronics department. She also reportedly had three other children with her at the time — all relatives and all under the age of 11. (Video via KTVB)

Kootenai County Sheriff’s Office spokesman Stu Miller told KREM, “The shooting appears to be accidental. … A small child … around the age of two accessed a concealed weapon inside the victim’s purse and discharged it, striking the victim.”

The shooting happened late Tuesday morning in Hayden, a small city of just over 13,000 in northern Idaho. The Walmart was immediately evacuated and shut down following the incident. (Video via KBOI)

Rutledge wasn't a local but was in town visiting for the holidays. She also had a concealed weapons permit and was carrying her weapon in her purse.

Rutledge’s father-in-law spoke to KREM and described the shooting as “tragic,” saying the family had “lost a beautiful, loving mother.”

Al Jazeera points out the Walmart shooting is the latest in a series of accidental deaths from firearms over the past year stemming from children gaining access to their parents' guns.

The woman’s husband was reportedly not in the store when the shooting took place but arrived afterward. The children are reportedly staying with relatives.