Woman Is Chill About Admitting To Cheating On National TV 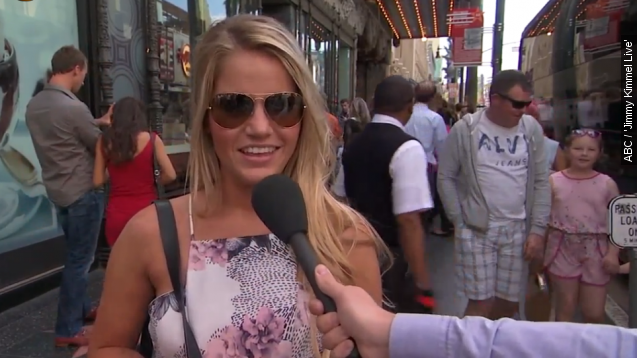 Here's a bit of wisdom to anyone who's ever cheated: Don't admit to being unfaithful on national television.

"Impressive thing I've done? I don't know. Cheat on my boyfriend — not have him find out," the woman said.

To clarify, this woman thinks cheating on her boyfriend is the most impressive thing she's ever done. Classy.

But it's fine. Really, she cheated on her old boyfriend Ben. And the other guy was a famous athlete.

What professional athlete? Well, he plays hockey in Florida for Tampa Bay. Oh, and his initials are T.J. (Video via ABC / "Jimmy Kimmel Live")

Either she dreamed about this hook-up, or Tyler Johnson is flat out denying the truth. A Tampa Bay beat writer said Johnson says he has no "idea who she is or why what was said was said. People can talk but (that) doesn't mean it's true."

Maybe this is a stunt Kimmel dreamed up, like the girl who caught on fire twerking. Or maybe this is real. Which in that case, sorry — again — Ben.