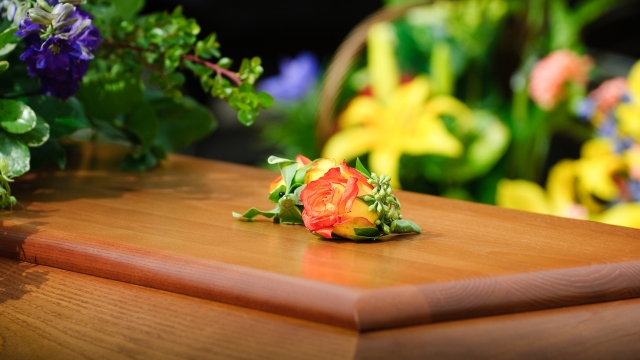 SMS
Woman Attended Her Own Funeral After Husband Tried To Have Her Killed
By Briana Koeneman
By Briana Koeneman
February 5, 2016
In an interview with the BBC, Noela Rukundo said her husband jumped and started screaming when he saw her.
SHOW TRANSCRIPT

Last year, Noela Rukundo says her husband hired a group of gunmen to kill her while she was attending her stepmother's funeral in Burundi, a country in Africa. But after two days in captivity, her would-be killers spared her.

And what she did next made headlines around the world. She attended her own funeral to confront the man who wanted her dead, her own husband.

Rukundo described the moment her husband realized she was still alive in a new interview with the BBC on Thursday.

She told the outlet: "He starts walking towards me, slowly, like he was walking on broken glass. He kept talking to himself and when he reached me, he touched me on the shoulder. He jumped. ... Then he [started] screaming, 'I'm sorry for everything.'"

Rukundo's husband reportedly wanted her dead because he thought she was cheating on him, which she denies.

According to ABC Australia, he was sentenced to nine years behind bars late last year for having her kidnapped at gunpoint and trying to have her killed.