Woman Attacked For 'Cutting' In Line At Wal-Mart 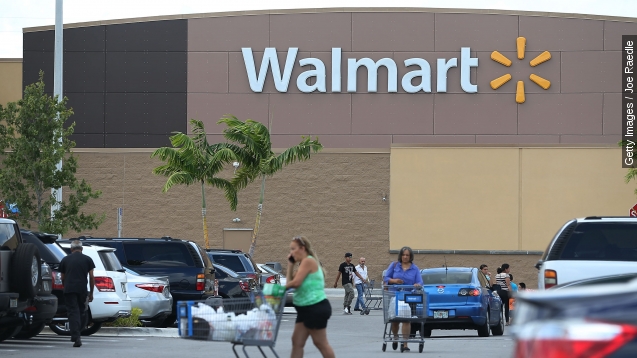 A woman thought someone cut in front of her at Wal-Mart's Customer Service desk.

So she attacked her. The incident took place at the Wal-Mart in Greenville, Ohio. In an interview with WKEF, Deanne Kenworthy explained what happened to her: (Video via WEWS / Greenville Police Department)

"She slammed me hard. ... She grabs the back of my hair and throws me, literally throws me, like a sack of potatoes," Kenworthy said.

Kenworthy was in the Customer Service section of the store, filling out paperwork.

Kenworthy was in the Customer Service section of the store, filling out paperwork. She says she was asked to step aside so she didn't hold up the line. But she was then asked to come back in line after she was done, and that's when the attack happened.

"Because she thought she cut in line. Unbelievable there," a WEWS reporter said.

On Monday, the Greenville Police Department released a photo of the suspect being escorted out by an employee. Authorities later said they had identified her.

According to a press release, the woman allegedly slammed her cart into another Wal-Mart customer for cutting in line a few days before attacking Kenworthy.