Witnesses Of The San Bernardino Shooting Tell Their Stories 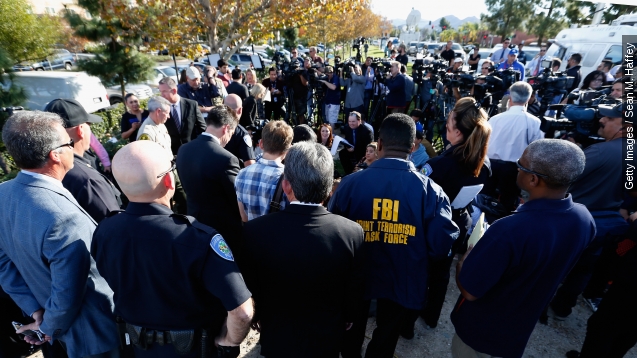 Witnesses and loved ones describe the San Bernardino shooting in their own words. (Video via KGTV)

"I was just in disbelief. I called my kids and said, 'If something happens to me, there was a shooting here. Be safe,'" a survivor told KCAL.

"It sounded like a gun range, just shots going off," a witness told NBC.

"She called me around 10:40 and just told me, 'Babe, don't be scared. I love you so much. Take care of Matthew, but there's a shooter here,'" a survivor's husband told KCAL.

"They locked the door; that's all that I know. That's all that she told me, and then we stopped talking because I didn't want her to talk anymore," a woman told NBC.

"Shooting at my work. People shot. In the office waiting for cops. Pray for us," read a text from a man's daughter who was trapped in the building.

"Why would he do something like this? I have absolutely no idea. I am in shock myself," the brother-in-law of one of the suspected shooters told reporters. (Video via CNN)