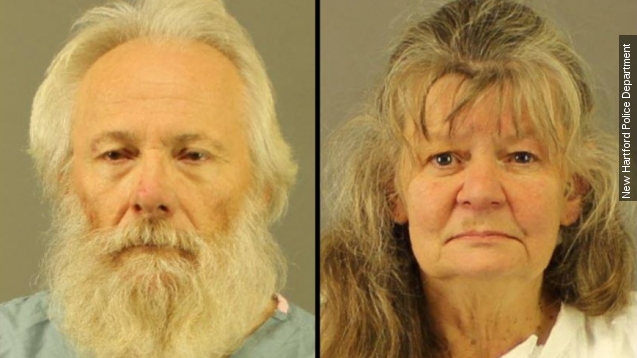 The brutal beatings of two brothers in New York have an entire community scratching their heads after police arrested their parents and several church members in connection to the crime.

Nineteen-year-old Lucas Leonard and his 17-year-old brother, Christopher, were allegedly beaten by their parents and members of their church. Lucas was killed.

A member of the church who stood outside the room during the alleged beatings testified that Lucas was practicing witchcraft and wanted church elders to die.

But the prosecution is arguing the teens were trying to leave the church and what began as a "counseling session" turned into a 10-hour beating.

Christopher testified that he and his brother were hit with an extension cord everywhere but the head. He said, among others, his mother, father and sister participated. (Video via CNN / WSYR)

In all, six were arrested for the brothers' beatings — the Leonard couple for manslaughter and four others on assault charges. All have pleaded not guilty.