With The Moon Out Of The Way, Perseids Put On A Great Show 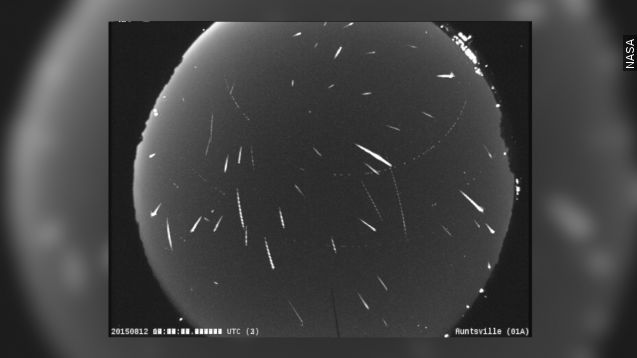 SMS
With The Moon Out Of The Way, Perseids Put On A Great Show
By Evan Thomas
By Evan Thomas
August 13, 2015
The peak of the annual Perseid meteor shower was more spectacular than usual this year, thanks to a lack of interfering moonlight.
SHOW TRANSCRIPT

These meteors are debris from the comet Swift-Tuttle, which leaves a cloud of ice and dust on Earth’s orbital path during its own trip around the sun. When that dust impacts our atmosphere at 37 miles per second and burns up, we get Perseids.

They’re so named for their apparent origin point in the Perseus constellation, in the northern celestial hemisphere. (Video via NASA)

Thanks to a new moon during this year’s shower, the usually faint meteors were easier to spot.

And amateur skywatchers all over the world turned up some spectacular examples, from California to England to this lucky 30-second shot in Spain that captured three meteors at once.

While the best of the show is now over, it’s not too late to go meteor hunting. The Perseids will stay active through August 26. All you need to spot one is a dark sky.