Olympic Viewership Is Down, But ... Skateboarding May Turn It Around? 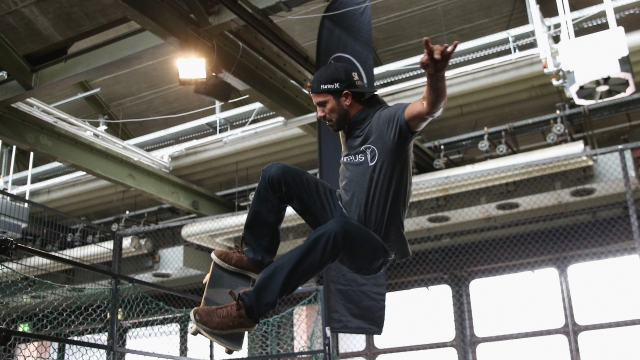 SMS
Olympic Viewership Is Down, But ... Skateboarding May Turn It Around?

By Ryan Biek
August 4, 2016
Surfing, karate and skateboarding are among the new events at the 2020 Olympics.
SHOW TRANSCRIPT

But with Olympic viewership in danger, it begs the question: Will these sports entice more American to watch?

Baseball is one of the most popular sports in Japan, but the average fan in the U.S. is over 55 years old.

As for surfing and skateboarding, the IOC has been weighing action sports for years, and many argued the Olympics should draw inspiration from ESPN's X Games.

But Statista shows X Games TV viewership, in general, has been a little flat since 2008.

And a number of professional surfers and skateboarders wh say their sports are "too cool" for a "mainstream" event like the Olympics.

Close to 7,000 people around the world have signed a petition asking for skateboarding to not be included in the games.

Karate should slide in relatively easily. Karate is a discipline included in the mixed martial arts arsenal –– a sport whose popularity has risen dramatically in the U.S.

But the amount of contact that should be allowed in Olympic karate had been a big debate, with some arguing contact is exactly what fans want to see.

Olympic boxing, which has plenty of contact, has lagged in popularity compared to professional boxing in the U.S.

As for rock climbing, it's kind of hard to say. The sport's popularity has risen in the past decade if you're looking at the number of gyms.

But guessing how well it'll do for TV audiences is difficult when it's barely shown on TV now.