With Dish's Sling TV, You Can Watch ESPN For $20 A Month 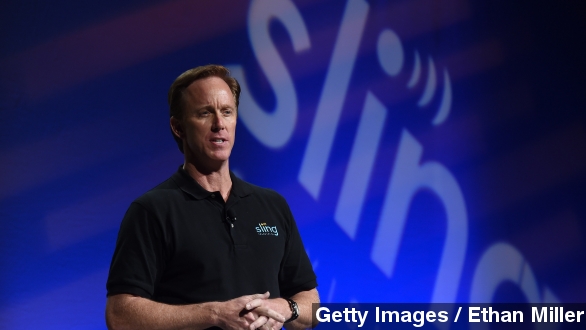 SMS
With Dish's Sling TV, You Can Watch ESPN For $20 A Month
By Ben Lawson
By Ben Lawson
January 5, 2015
On Monday, Dish Network announced its live TV streaming service Sling — and sports fans will finally be able to stream ESPN over it.
SHOW TRANSCRIPT

For $20 a month, viewers will get access to a lineup of cable networks including TNT, TBS, CNN, Cartoon Network — and did we mention ESPN? — without having to have a cable subscription. (Video via Tom's Guide)

Sling's CEO is calling its sports programming an "anchor" for the service, and that might be an understatement. Re/code poses an interesting question: "If ESPN wasn’t in this package, do you think Dish would be trying to sell it?"

It's no secret a lot of people are unhappy with traditional cable service.

But even though more and more people are cutting the cord and moving over to video streaming devices like Roku, cable providers have one thing to keep customers loyal: sports.

While landing a deal with ESPN will certainly set Sling TV apart from other video streamers, the new service still has a few things working against it.

Sling is targeting a demographic it doesn't think would buy into Dish's existing services, specifically millennials who already rely on video streaming. (Video via CNET)

But Sling is weak in one of the things those millennials have gotten used to from their services: getting to watch what you want when you want.

Sling streams live TV. You can pause and rewind content, but you can't record things for later. And, for now, the service's on-demand features will be pretty minimal.

With live TV also comes all those commercials. If Hulu's short commercial breaks bother you, you really won't like the 10 to 15 minutes worth of commercials per hour you'll get watching cable channels on Sling.

Also noticeably absent are the big four TV broadcasters: ABC, CBS, NBC and FOX, whose hit series are available on services like Netflix and Hulu.

Although as TechCrunch points out, the company sees itself as a supplement to those services, meant to fill in the gaps. But at $20 bucks a month, it costs more than basic Hulu and Netflix subscriptions combined.

Still, if the only thing keeping you paying your cable bill every month is ESPN, you'll definitely save some money switching to Sling TV.