With A Winning Record, Why'd The Cavs Fire David Blatt? 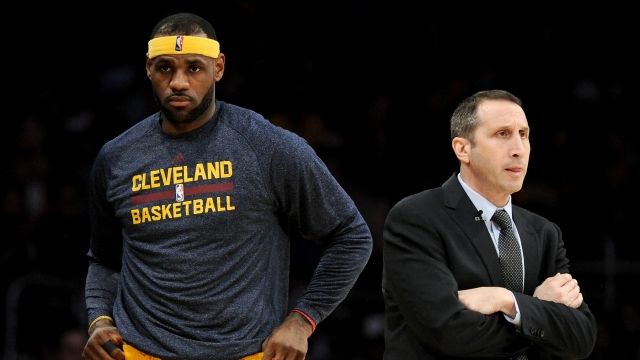 SMS
With A Winning Record, Why'd The Cavs Fire David Blatt?
By Connor Hickox
By Connor Hickox
January 22, 2016
The Cleveland Cavaliers fired head coach David Blatt, even though the relative newcomer had an 83-31 record over a season and a half.
SHOW TRANSCRIPT

The Cavs hold the best record in the Eastern Conference halfway through the NBA season, and they’re a heavy favorite to return to the NBA Finals this year.

But despite the team’s success since LeBron James’ return in 2014, many have speculated Blatt hasn’t had James’ respect or support.

“There’s been some rising unrest in the Cavs locker room in the last month” ESPN’s Brian Windhorst said.

ESPN’s Brian Windhorst reports James was informed of the decision to fire Blatt today and was not consulted on the decision.

Blatt released a statement through his agency. Priority Sports and Entertainment, thanking franchise ownership, management and players for the opportunity to coach the team.

Assistant Coach Tyronn Lue has reportedly been signed to a multiyear deal to take over the team.

Lue will be James’ fifth coach in Cleveland in eight and a half seasons with the team.