With 50 Dead, The Orlando Shooting Is The Deadliest In US History 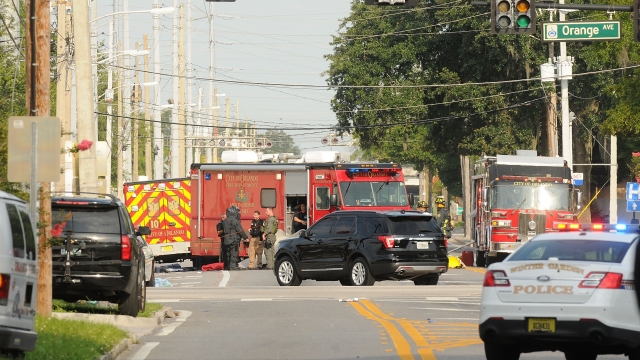 Fifty people are now confirmed dead and 53 injured after a shooting in an Orlando nightclub early Sunday morning, making it the deadliest mass shooting in American history.

The shooting, which police have called an act of terrorism, happened shortly after 2 a.m. Eastern time Sunday at Pulse Orlando, a gay nightclub.

A police officer working at the nightclub and two other officers nearby initially responded to the scene, which turned into a hostage situation.

A few hours later, police rescued 30 hostages and exchanged gunfire with the shooter, killing him. The gunman was armed with a handgun, an assault rifle, additional rounds and an unidentified device. After the standoff, police worked for hours to sweep the building and the suspect's car for possible devices.

The FBI has identified the shooter but hasn't released his name pending notification of family.

Ron Hopper, assistant special agent in charge of the FBI's Orlando office, said, "If anyone out there attended this nightclub and then left before the shooting happened, I would urge you to still call in and come and talk to our investigators because you don't know exactly what you may of  may not have seen."

A doctor at nearby Orlando Regional Medical Center said extra trauma surgeons came in to operate on the victims, many of whom he described as "critically ill."

Orlando Mayor Buddy Dyer has declared a state of emergency in the city.

This video includes clips from WKMG, WOFL, WFTV, CNN and Orlando Sentinel and images from Twitter / @OrlandoPolice and Getty Images.