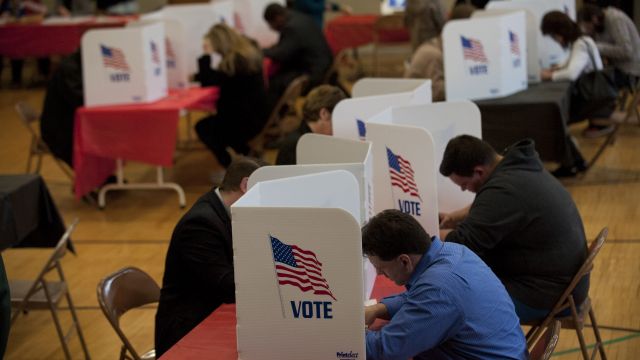 Wisconsin's voter ID laws have been upheld by a federal appeals court, which means they will probably still be in effect when voters go to the polls in November.

The 2011 law requires voters to show a valid photo ID, such as a passport or driver's license, at the polls in order to vote. A district judge previously ruled Wisconsin voters without proper ID could instead sign an affidavit verifying their identity at the polling place.

But the appeals court said that workaround wasn't necessary since the state had already been tasked with simplifying the process of getting a photo ID. Reforms include providing temporary IDs for registered voters without all the necessary credentials.

Voting rights advocates plan to appeal the ruling further, but unless the Supreme Court intervenes, it's unlikely this ruling will change before the November elections.

This ruling comes just a few days after the same court upheld a decision to strike down several other parts of Wisconsin's voting laws, including restrictions on early voting and absentee ballots.