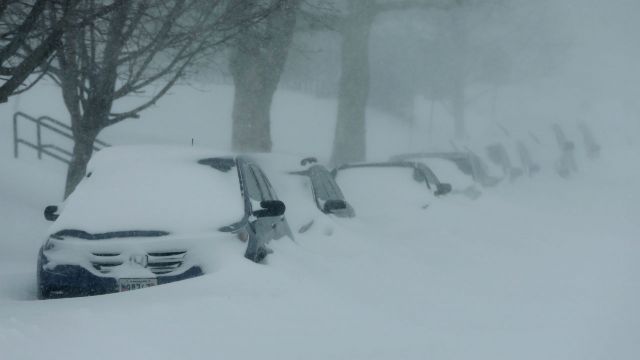 At least 17 people have been reported dead in the wake of Winter Storm Jonas. Most of the deaths were caused by traffic accidents.

According to the New York Police Department, anyone driving on the roads during the ban could be arrested. (Video via CNN)

Winter Storm Jonas also caused at least 6,000 flight cancellations, with the bulk coming from New York and Washington D.C. Airlines hope to be back to their normal schedule Sunday afternoon. (Video via John Cuppi)

The National Weather Service estimates New York City and southern New York state will receive up to 30 inches of snow.

The Weather Channel reports a blizzard warning will remain through Saturday night for more than 35 million people.