Winter Storm Jonas Could Hit The Working Class The Hardest 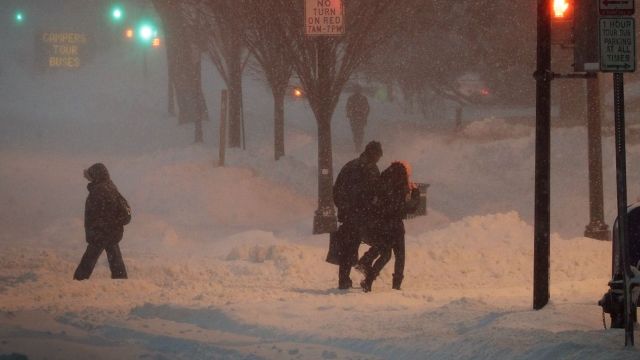 Winter Storm Jonas hammered the Northeastern U.S., dumping over a foot of snow on several major cities and leading to the deaths of at least 31 people.

And Jonas could also be responsible for huge financial losses across the region, including for working-class families. An economist at Moody's says the affected area's average economic output of $16 billion per day is in jeopardy. (Video via WMAR)

But most of that output is done during business hours throughout the week, while Winter Storm Jonas arrived over the weekend. So most of the economic impact is being felt elsewhere.

"The biggest impact for folks are the regional areas and, from a business perspective, it's for small businesses like restaurants and entertainment venues," Paul Walsh said on The Weather Channel.

And those small businesses employ hourly workers like servers and ticket takers who make their living on weekends.

Unlike salaried workers who get paid the same even if the office is shut down, hourly employees will lose money for the time they're unable to work because of the snowy conditions. (Video via WKBW)