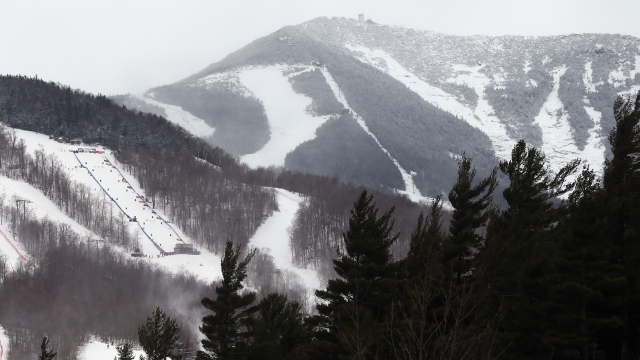 SMS
Wind Chill On New York Mountain Hits A Frigid Minus 114 Degrees
By Briana Koeneman
By Briana Koeneman
February 15, 2016
The wind chill at Whiteface Mountain in upstate New York reached a frigid minus 114 degrees Fahrenheit over the weekend. When does spring start again?
SHOW TRANSCRIPT

New York City had its coldest morning in decades over the weekend, thanks to a polar vortex that shot across the Northeast.

But that bitter cold was nothing compared to the temperatures recorded at Whiteface Mountain upstate.

The Wild Center, which works with the Atmospheric Science Research Center at SUNY Albany, told the New York Daily News the wind chill at Whiteface hit a frigid minus 114 degrees.

A spokesperson for the center told the outlet, "The extreme temperatures (Saturday) night on Whiteface have to do with its elevation — 4,865 feet — and the wind speed. The mountains of the Adirondacks are often some of the coldest places in the lower 48 states during the year."

The temp was so low on Whiteface Sunday, the National Weather Service said the mountain was colder than Antarctica. Now, that's cold.

Fortunately, warmer temperatures are expected for the Northeast Monday, but snow and freezing rain might also be on the way. When does spring start again?

This video includes clips from Wild Center, ABC and images from Getty Images.