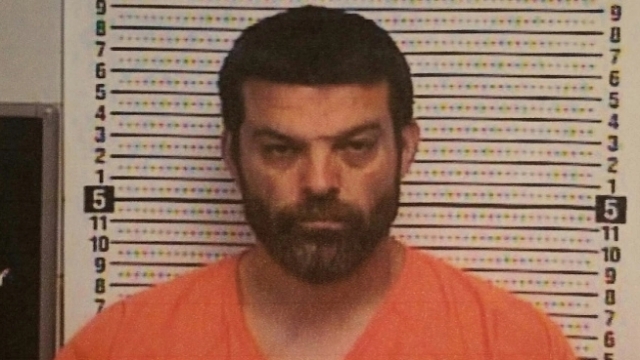 A year after news broke that "19 Kids and Counting Star" Josh Duggar molested young girls and cheated on his wife, another TLC star finds himself in legal trouble.

Toby Willis, the patriarch of the family musical group, The Willis Clan, has been arrested and charged with one count of rape of a child.

Willis, his wife and 12 children starred in TLC's "The Willis Family" for two seasons.

According to Tennessee Bureau of Investigation, the 46-year-old is believed to have had a sexual encounter with an underage female about 12 years ago.

Authorities arrested Willis — who lives in Tennessee — on Friday in Kentucky after he reportedly tried to evade law enforcement.

TLC has told multiple outlets that it has canceled the "The Willis Family." According to several reports, the network canceled the series months ago.

This is — by our count — the third TLC show to face a scandal in the past two years. In May 2015, the network canceled "19 Kids and Counting" following the revelation that eldest son Josh Duggar had molested four of his sisters and a babysitter when he was a teenager. Months later, news broke that Duggar had an account on dating website Ashley Madison, which is aimed at people looking to have an affair. He admitted to having an affair and said he had an addiction to internet porn. While the show was canceled, the network started airing another series — "Counting On" — which is now in its second season and still features most of the family.

In 2014, TLC canceled "Here Comes Honey Boo Boo" after reports surfaced that matriarch Mama June had reunited with her ex-boyfriend, who was convicted of sexually assaulting her oldest daughter.

As of Sunday morning, the Willis family had not yet commented on Toby Willis' arrest.