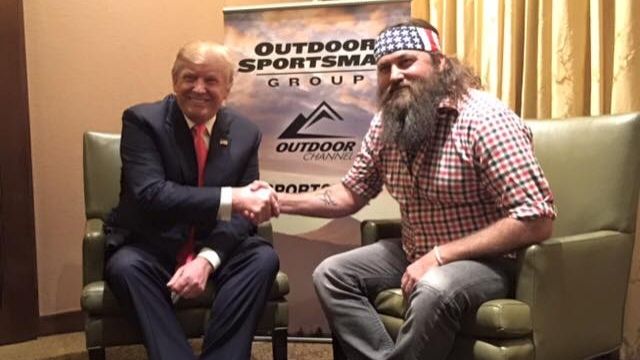 Looks like the "Duck Dynasty" clan is a house divided when it comes to the upcoming presidential election.

He said in a press release before the show: "He's not afraid to tell it like it is. He's a friend of the Second Amendment ... the man I'm standing behind to be the next President of the United States — Donald Trump."

After the announcement, Trump responded with his own statement saying he was honored by the endorsement and that Robertson is "a great person, has had tremendous success and a really terrific family."

"I've looked at the candidates. Ted Cruz is my man. He fits the bill," Phil said.

Now we just need a tiebreaker. Maybe Uncle Si can offer his opinion.