Will Virtual Reality Be More Than A Solo Experience? 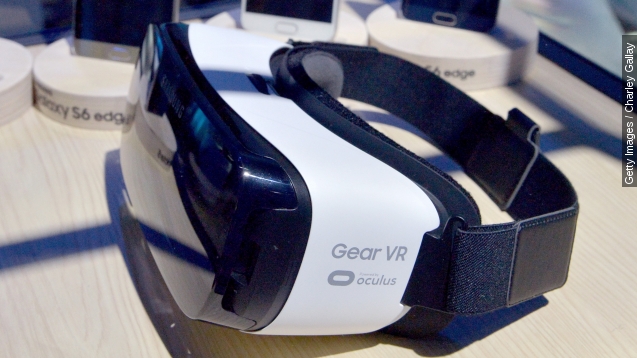 SMS
Will Virtual Reality Be More Than A Solo Experience?
By Ben Lawson
By Ben Lawson
September 26, 2015
Oculus seems to want virtual reality to be a social experience but that still hasn't managed to land.
SHOW TRANSCRIPT

For a product owned by the largest social networking site in the world, the Oculus Rift has a ways to go when it comes to creating social experiences.

The Oculus does offer a handful of ways to connect with people, such as multiplayer games or a sculpting app. The most recent is watching Netflix in a virtual living room alongside friends. However, there isn't much interaction there.

At best, that sounds like a superficial and almost silly way to connect with people — you know, considering you could be in an actual living room together.

It's one of the common criticisms of technology — that it's making people more focused on their devices than engaging with the real world.

Even execs within the gaming industry have admitted this disconnection exists in VR. (Video via Bloomberg)

"But is it an anti-social technology?" the Bloomberg anchor asked.

"It is an anti-social technology," Zelnick said.

Oculus does its best to dodge that kind of image. The company hopes its Touch controllers can make VR experiences feel at least a bit more genuine.

"So with hand presence there is a real social element that comes in. It's one thing to see someone's head kind of move around. It's another thing to see them actually wave at you," Oculus CEO Brendan Iribe said.

But the co-founder of a startup working on VR movies doesn't even try to pretend VR is a social technology. Instead, he told Re/code it's like when people binge-watch "House of Cards." People might be alone at the time, but that's what everyone is talking about the next day.

So for now, the best parts of the Rift aren't shared experiences, but ones that succeed in immersing you in a solitary world. (Video via Oculus VR)

Even so, it's our guess Facebook — a company built on connecting people — probably didn't drop $2 billion on Oculus if it didn't see some future potential for social interactions.