Will The Senate Pass The USA Freedom Act This Time Around? 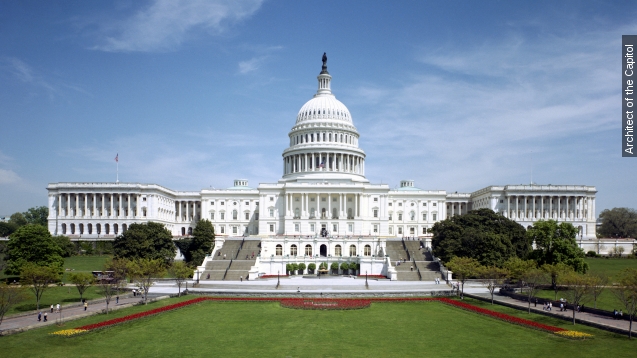 SMS
Will The Senate Pass The USA Freedom Act This Time Around?
By Evan Thomas
By Evan Thomas
May 14, 2015
The bill, which ran out of steam in the Senate last year, would shut down the NSA's bulk collection of telephone metadata.
SHOW TRANSCRIPT

It's now up to the Senate to decide whether the USA Freedom Act will shut down certain National Security Agency spying.

The bill would amend Section 215 of the Patriot Act to prevent the NSA's bulk collection of telephone metadata from U.S. telecom providers.

Instead, the telecoms themselves would be responsible for collecting and holding that information. If the NSA wants access, it will need orders from the Foreign Intelligence Surveillance Court.

The vote comes just days after a federal court ruling that gives Congress an excuse to cut even further back on NSA operations, if it wants one.

"The NSA's bulk collection of your phone records is illegal and a violation of your civil rights." (Video via Fox News)

The Electronic Frontier Foundation argues if the law now allows for deeper restrictions, Congress needs to enact them.

Whether Congress will is another matter. This is the second time in two years the USA Freedom Act has come to a vote.

And for what it's worth, this year's bill has more momentum than last year's, which passed 303-121 in the House but stalled with insufficient votes in the Senate. (Video via C-SPAN)

It's not a done deal yet, though. This year, for every senator who wants to see the bill passed ...

"I'm tired of extending a bad law," Sen. Ron Wyden said in an appearance on MSNBC.

... there are others who would rather keep to the status quo.

"My personal view, and the view of the chairman of the intelligence committee and other members, is that the nation is better off with an extension of the Patriot Act," Senate Majority Leader Mitch McConnell said in an interview Sunday.

A vote is expected May 22, a little more than a week before the official expiration of Section 215 on June 1.