Will Superman Or Captain America Win The Big-Screen Battle? 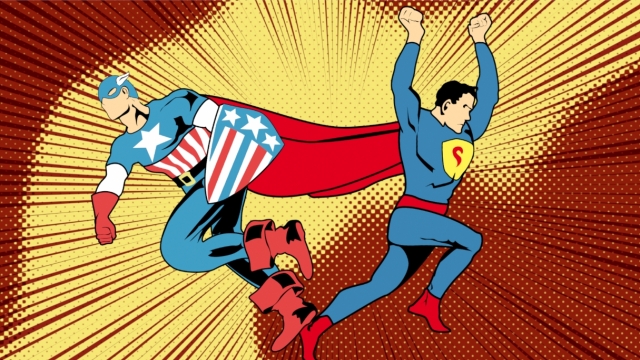 SMS
Will Superman Or Captain America Win The Big-Screen Battle?
By Ryan Biek
By Ryan Biek
March 9, 2016
DC and Marvel may need their less popular characters to hold the spotlight if they want their films to stand out against the competition.
SHOW TRANSCRIPT

This year's grudge match between Marvel and DC may all come down to characters who've (so far) been the studios' weakest links: Captain America or Superman.

Two of the comic franchises' movies this year are conspicuously similar. DC's "Batman v Superman: Dawn of Justice" and Marvel's "Captain America: Civil War" feature some of their most popular heroes fighting not only villains, but each other.

Both films pit an everyman hero with powers against a wealthier one who uses technology.

And for both franchises, the wealthy hero seems to be the fan favorite.

A quick look at box office records says it all. The top four highest domestic grossing superhero films in history are Batman and Avengers movies. And when it comes to ticket sales, Iron Man is the most popular Avenger, with one of his solo films raking in the most money.

Yet the success of these two upcoming films and their respective franchises may come down to less-popular heroes holding the spotlight: Superman and Captain America.

The competition gets even more fierce when you think about the similarities between the characters –– from first appearing around World War II to representing the ultimate patriot. Even their best solo films hover around the same domestic box office rank.

And both characters have a pretty hit-or-miss past when it comes to the big screen.

Beyond caped-crusader films, Ben Affleck and Robert Downey Jr. are veterans when it comes to making movies that earn more than $100 million domestically. What does that amount to? A wash.

But Henry Cavill is the only returning lead in DC's flick, and even though Iron Man heads the fight against Captain America in "Civil War," it's not Tony Stark's name in the movie's title.

Cavill and Chris Evans are arguably stars still just a rung away from top billing. This could really be their battle.

Whichever superhero performs best at the box office may just decide the winner of this year's Marvel vs. DC big-screen competition.