Will Snapchat's News Content Interest Its Young User Base? 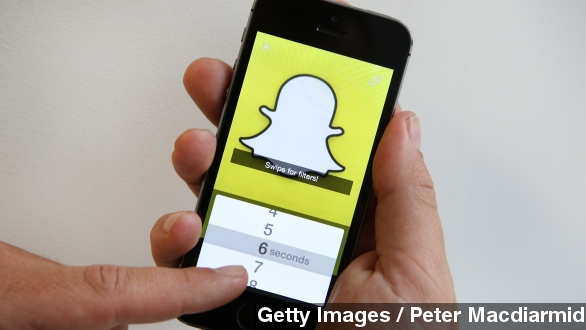 SMS
Will Snapchat's News Content Interest Its Young User Base?
By Ben Lawson
By Ben Lawson
January 23, 2015
Snapchat is reportedly working to develop original news content, but does its young audience even want it?
SHOW TRANSCRIPT

Snapchat wants to be known for more than just self-destructing selfies.

Digiday reports the popular social media app has plans to roll out its own original content later this month. Snapchat's Discover feature will consist of its own journalistic videos, text and picture stores. It will also reportedly feature content from major media companies like CNN and ESPN.

All of this will, of course, be supported by advertising — both traditional video ads that play before the article or video you actually want to see and ads catered to Snapchat's disappearing-image style.

Snapchat has shown signs of moving this direction. Last year, it rolled out the Our Story feature with slideshows of curated videos and pictures from users.

But this approach isn't unheard of. Tumblr did a yearlong experiment with in-house content creation that it dubbed a success, then promptly shut it all down and fired the few journalists it had on staff.

Tumblr execs said the decision had nothing to do with money, but that didn't prevent speculation that even if the content was great, it just wasn't generating much revenue.

But Snapchat has a comfortable niche among teens, and its $10 billion valuation gives it some wiggle room to experiment.

Still, 70 percent of Snapchat's audience is younger than 25 years, and Pew research shows that young people just don't consume as much news as older generations. So it remains to be seen if users even want this content and if they're willing to sit through ads to get it.