Will Obama Do Better At This Americas Summit? 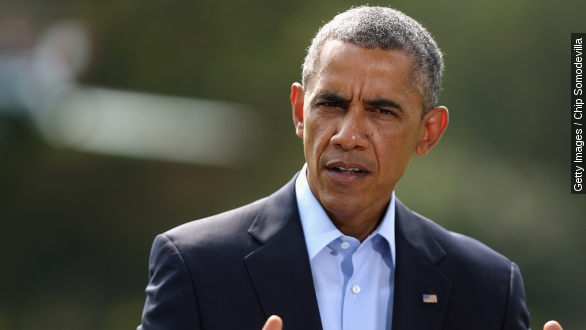 SMS
Will Obama Do Better At This Americas Summit?
By Kate Grumke
By Kate Grumke
April 9, 2015
U.S. policies on Latin America have changed, but will that aid Obama at the Summit of the Americas?
SHOW TRANSCRIPT

On Thursday, President Obama made his way to Panama for the Summit of the Americas.

The summit is a chance for the U.S. to strengthen ties with Latin America. It's held every few years with heads of state from the Western Hemisphere, and was first organized by President Clinton in 1994.

At the last summit in 2012 in Colombia, Obama didn't exactly receive a warm welcome. He was met with heavy criticism on a few different issues.

But this time around, some of those criticized policies have changed, which could open the door for friendlier ties at the summit.

The first and most obvious of those changes is Cuba.

At the last summit, Latin American leaders were very critical of both the U.S.'s relations with Cuba and the country's exclusion from the summit. In fact, many countries said they wouldn't attend this upcoming summit if Cuba's Raúl Castro wasn't also there.

Now this year, for the first time, Cuba will be at the summit. And Obama can tout the ongoing talks on normalizing relations between the two countries as a step forward in the region.

Leaders from Latin America called for decriminalization of drugs across the region, blaming U.S. demand for leading to the region's trafficking problems. Since then, the Obama Administration has signaled it is more open to drug policy liberalization, but not much has concretely changed on that front.

And last time around, U.S. Immigration Policy was a point of contention. This year, Obama has said he's going to talk about some immigration-related policies at the summit.

One of those is Obama's executive action that shields up to five million undocumented immigrants from deportation...

"If you meet the criteria, you can come out of the shadows, and get right with the law," Obama said.

He also said he's going to talk about the plan to send $1 billion in aid to Central America to stop the flow of child migrants to the U.S.

Still, this doesn't mean Obama will win over all of the leaders at the summit. Increasing tension between the U.S. and Venezuela is sure to ruffle some feathers this weekend.

Maduro said he plans to give Obama a petition with over 10 million signatures calling for a lifting of the sanctions. And some other leaders have expressed support for Maduro in the U.S.-Venezuela rift.

We'll see how all of that plays out at the summit. It begins Friday.