Will Ireland's Marriage Vote Shake Up The Catholic Church? 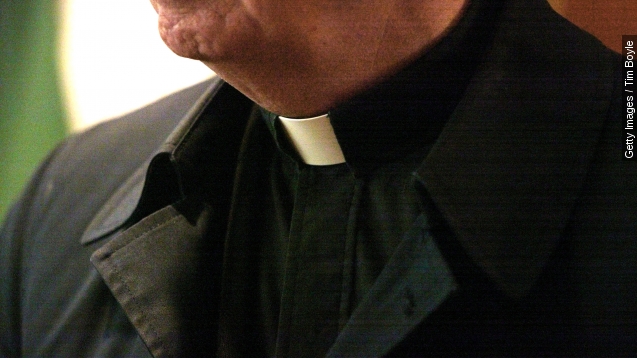 SMS
Will Ireland's Marriage Vote Shake Up The Catholic Church?
By Matt Picht
By Matt Picht
May 21, 2015
Ireland is about to hold a referendum on whether same-sex marriage should be legal — and the traditionally Catholic stronghold could buck the Church.
SHOW TRANSCRIPT

On Friday, the Republic of Ireland will become the first country in the world to hold a public referendum on whether same-sex couples should be allowed to marry.

It's also very likely to become the first country in the world to pass a referendum enshrining same-sex marriage rights in the country's constitution. The Yes campaign has enjoyed a healthy lead in the polls ahead of the vote, bolstered by the support of every major political party.

Ireland's Taoiseach Enda Kenny told TV3, "It's the stories of the ordinary people that have brought me on this journey to the point where I'm absolutely happy in my own mind and my conscience."

That’s in spite of the urging of the Catholic Church, which finds its traditional prominence in Ireland shaken by the referendum.

"We cannot support an amendment to the constitution which redefines marriage," Archbishop Eamon Martin said in a statement.

But even some priests are defying Catholic doctrine and advocating for a Yes vote.

It’s a pretty major change for a nation that's traditionally been devoutly Catholic and socially conservative. Same-sex sexual activity was criminalized in Ireland until 1993.

Now, Irish Catholicism is hardly in remission; 84 percent of the population still identified as Catholic in the 2011 census.

But many Irish Catholics have been increasingly disaffected with the Church. Weekly Mass attendance has nosedived nationally to around 30 percent, and parishes are having trouble recruiting priests locally.

That’s largely due to the Church’s recent sexual abuse scandals, which shook Ireland particularly hard. The horrific abuses revealed around the world over the past few decades were practically institutionalized in Ireland thanks to the country’s broad Catholic childcare network.

These days, the Irish priesthood doesn’t command the same level of moral authority it was once widely known for. (Video via Channel 4 / "Father Ted")

So where does that leave the modern church? Most observers say the referendum results will herald a reassessment of Catholicism's role in Ireland.

A contributor for The New York Times writes, "If it can no longer epitomize the broader culture in Ireland, Irish Catholicism can perhaps emerge as a more caring, less overtly dogmatic and oppressive feature of the Irish landscape."