Will Ferrell's Hip New Santa Claus Is Actually The Worst 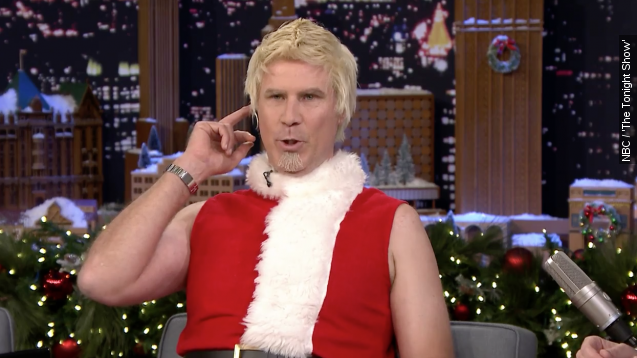 Will Ferrell thinks it's about time we modernized Santa Claus. Except his plan is kind of terrible.

"Here we go! Back row! Back row!" Ferrell said as he tried to shoot T-shirts into the crowd.

On "The Tonight Show," the actor presented his jolly idea for a Santa that delivers gifts via T-shirt cannons and drones and apparently sits on people's laps instead of the other way around.

"So, what do you want, little boy?" Ferrell asked.

As if mall Santas weren't creepy enough already. To top it all off, his Christmas music is pretty bad ripoff of Smash Mouth.