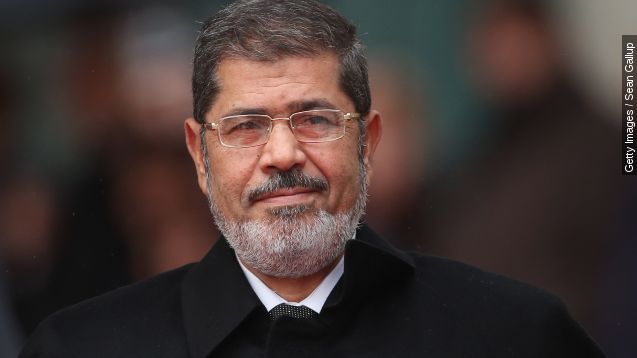 SMS
Will Egypt Follow Through With Morsi's Death Sentence?

By Elizabeth Hagedorn
June 16, 2015
An Egyptian court has upheld the death sentences of former President Mohammed Morsi and several other figures in the Muslim Brotherhood.
SHOW TRANSCRIPT

Despite putting hundreds on death row for alleged political violence in the past year, Egypt has carried out just a few executions.

Egypt's highest religious authority, the Grand Mufti, gets the final word on all these rulings. On Tuesday, he upheld Morsi's death sentence and that of five other leading Muslim Brotherhood members. (Video via CCTV)

But that decision isn’t binding. Morsi and the other defendants can still appeal. Whether they'd get a fair trial is another story.

Morsi, his supporters and human rights groups have said the case against him is politically motivated.

Among other things, prosecutors accuse Morsi of conspiring with foreign militants in a 2011 mass prison break, though he denies taking part.

Tuesday's news is just latest chapter in his successor's bid to crack down on the Muslim Brotherhood. Since President Abdel Fattah el-Sissi came to power, thousands of Morsi loyalists have been thrown in jail, hundreds more sentenced to death. (Video via YouTube / Abdel Fattah El Sisi)

But actually going through with the death sentence of the group's most visible member would be a risky move politically.

And in all likelihood "push many Islamist youths further away from peaceful political participation," as one Egyptian academic told The Guardian.

Delaying the death penalty, on the other hand, gives el-Sissi some leverage. (Video via YouTube / Abdel Fattah El Sisi)

As Slate's Joshua Keating writes, Morsi's "sentence could always be commuted later on as a sop to Egypt's western allies."

Allies who, despite concerns over Egypt's human rights record, have maintained tepid support of el-Sissi's government. (Video via U.S. Department of State)

In March, the U.S. announced it would resume sending military aid to Egypt. After Israel, Egypt is the second-largest recipient of U.S. foreign aid. (Video via Lockheed Martin)