Will Debate Moderators Fact-Check? One Network Plans To Do So Live 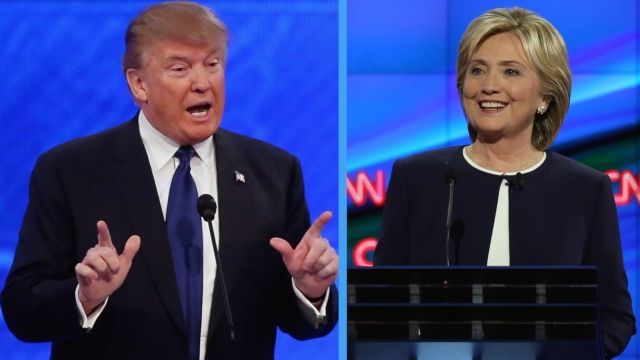 "I was totally against the war in Iraq," Donald Trump told Matt Lauer during NBC's Commander-in-Chief Forum.

"I am the only candidate who ran in either primary who said, 'I will not raise taxes on the middle class,'" Hillary Clinton told supporters at a rally in July.

"I really don't appreciate campaigns thinking it is the job of the media to go and be these virtual fact-checkers and that these debate moderators should somehow do their bidding," Trump campaign manager Kellyanne Conway told ABC's "This Week."

"What do you expect the moderator to do?" Charlie Rose asked Clinton campaign manager Robby Mook.

"Well, all that we're asking is that the record be checked," Mook said.

SEE MORE: Networks Will Probably Be The Real Winners Of The Presidential Debates

Whether it's the moderator's responsibility to fact-check the candidates has been the subject of its own debate over the past few weeks.

According to Politico, Bloomberg will provide fact-checks on-screen live during the first debate. And it appears to be the only network to do that.

It's not uncommon for moderators to correct candidates during the debate. But in recent years, they've been criticized for getting too involved.

"It took the president 14 days before he called the attack in Benghazi an act of terror," Republican Presidential nominee Gov. Mitt Romney said during a presidential debate in 2012.

"Get the transcript," President Barack Obama, the Democratic nominee for president, responded.

"He did in fact, sir. So let me, let me — call it an act of terror in the Rose Garden," debate moderator Candy Crowley told Romney.

"Can you say that a little louder, Candy?" President Obama asked.