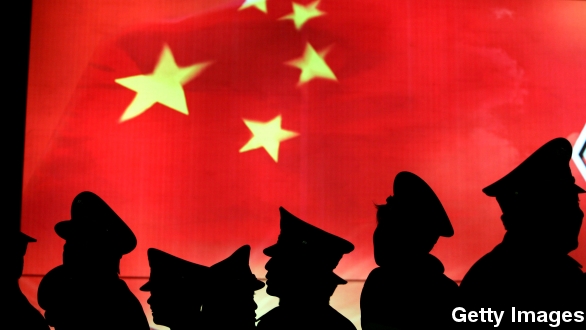 So now, things are getting confusing. In an effort to investigate the recent cyber attack on Sony Pictures, the U.S. has reportedly reached out to several countries for help — including China.

We say confusing because China is one of the countries implicated in the attack. An unnamed U.S. official told Reuters earlier this week China might've played a part in the Sony hack. Neither the FBI nor any other U.S. agency have confirmed that bit of information.

The U.S. asking for China's help makes sense considering Beijing's relationship with Pyongyang, especially when it comes to the Internet. North Korea has a limited Internet infrastructure and most likely relied on China's networks to carry out the attack.

As one writer for The Daily Beast put it, "That means that China could choke North Korea off from cyberspace." The director of research and academics at the Korea Economic Institute of America told that outlet Beijing could go after Chinese-based hackers working for North Korea. But will they?

The U.S. had been working with China on cyber security issues...

"This is a case alleging economic espionage by members of the Chinese military," U.S. Attorney General Eric Holder said back in May.

...but that effort was suspended following the decision by the Department of Justice to indict five members of the Chinese People's Liberation Army for cyberattacks on the U.S.

A U.S.-China cyber-alliance to look into the Sony hack seems unlikely, but not impossible. Citing U.S. officials, a New York Times writer says this latest confrontation could be "a chance to work with the Chinese on a subject the two countries have been warily discussing for several years: Establishing 'rules of the road' for acceptable behavior in cyberspace."