Will California's 'Redskins' Ban Cause a Domino Effect? 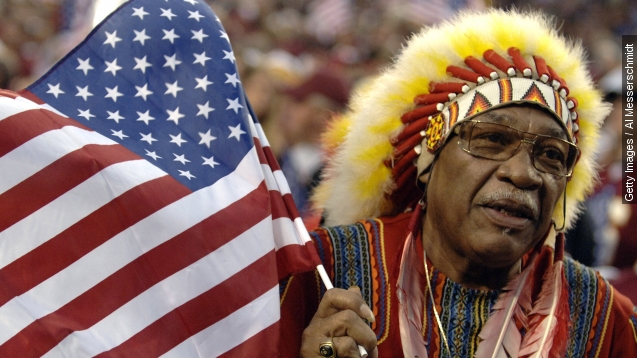 Gov. Jerry Brown made California the first state to ban the nickname "Redskins" for any public school by signing the California Racial Mascots Act on Sunday.

The handful of schools with that mascot have until the end of 2016 to phase out the nickname, as well as replace any jerseys or signs bearing the name.

Opponents of the change say the nickname is a source of pride for Native and non-native Americans alike, but name change advocates say that's ignoring the historical implications. (Video via ACC)

“There were bounties put on native people, and so as a way to show they made their kill and get paid for that, they had to present the bounty, which is the scalp,” Amanda Blackhorse said. “And the scalp is called the redskin?” “Yes, that's what it was referred to. ”

Similar changes are already happening throughout the college landscape. Some NCAA teams have switched names in recent years, and the NCAA banned the use of American Indian mascots during post-season tournaments starting in 2005.

But with California being the first state to impose a law, it could mark the beginning of a domino effect across the country.

And it could bring even more political heat against the NFL's Washington Redskins. But team owner Dan Snyder continues to stand his ground.

He told the USA Today, "We'll never change the name. It's that simple. NEVER — you can use caps."